If you see the role of your pet dog to not only be a family friend,but also your families protector.Then here are ten candidates for the title of best guard dog breed.They are not only lovable,but also fiercely protective.

Without mentioning the German Shepherd, this assessment on guard dogs wouldn’t be complete. The dog was initially created in Germany in the late 19th century for herding sheep and cattle as well as defending flocks from predators.

The German Shepherd was well-suited to herding because of its quickness, strength, intelligence, and keen sense of smell.

German Shepherds played fewer responsibilities on the land as the Industrial Revolution advanced.

They were initially trained to serve as guide dogs for the blind.

Narcotics detection, corpse searching, search and rescue, and what they are best known for—loyal family and commercial security dogs—have all been among their duties throughout the past fifty years. 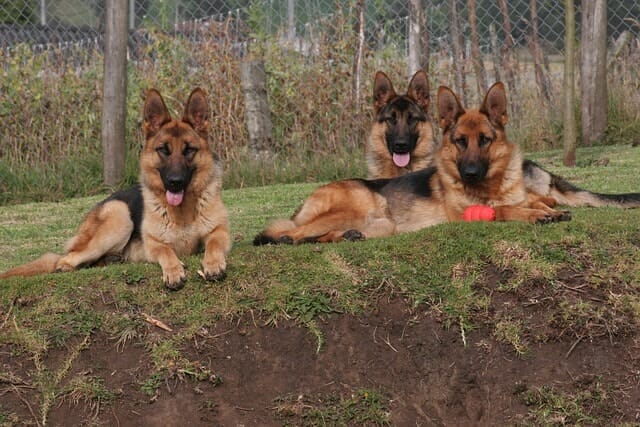 Giant Schnauzer’s originated from the the state of Bavaria in Germany in the 17th century.The largest of the three schnauzer breeds,the “giant” like the german shepherd was developed for herding livestock and guarding farming property.

The breed migrated to the cities of Germany,where it’s role was as a guard dog for shops and factories.It became famous as a German military dog in world wars one and two.”Giants” are intelligent,energetic and highly spirited.

They are a natural working dog,and if left unattended,boredom will set in quickly,which can lead to destructive behavior.They are quiet,territorial and suspicious of strangers.This leads them to be excellent police and guard dogs. 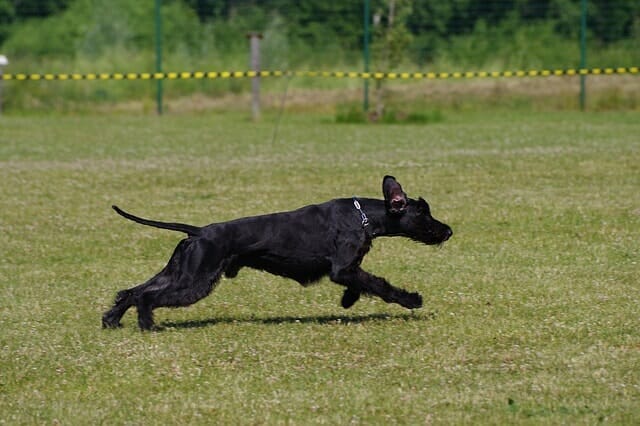 Looking for a docile and affectionate four legged family pet,who is gentle and loving to family and children and is easily trained.Well how about the Cane Corso,oh did I forget to say that this bundle of joy can weigh up to 100 pounds!

They are also fiercely  protective of their owners and their property.They are the ultimate guard dog,a native of Italy,and a descendant of the mastiff breed.Large and imposing,this breed,once found throughout Italy,now centers around the Puglia region.

They are bred purely as police dogs,and as guard dogs for personal and commercial protection purposes.This is a true example of a best guard dog breed. 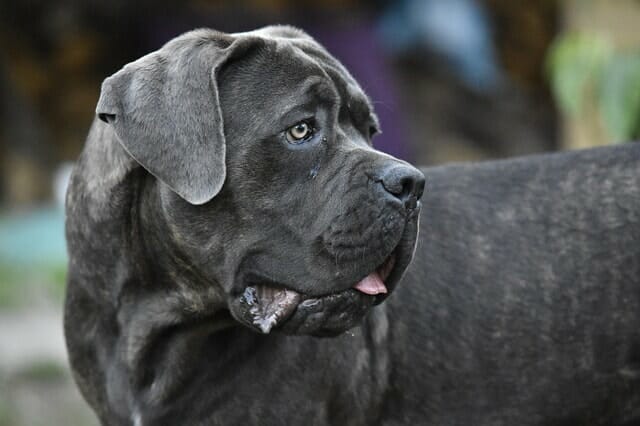 The Puli is a small to medium herding and livestock guarding dog,originating in Hungary.It is thought that the Puli  was introduced to Hungary by the migration of the Magyar people from Central Asia more than a 1000 years ago.

It’s coat of tight curls appearing similar to dreadlocks,gives a cute sheepdog like appearance.However appearances can be deceiving,as under that mass of curls lies a highly intelligent,fast and nimble athlete, that is dedicated to their cause.

Their one goal is as a guard or protector of sheep,livestock or their owner,who they jealously protect.Fun and playful with their families,they are wary of strangers and what they perceive as threats,and will strike without notice.

They can be obstinate and independent,and it is recommended that only strong minded dog masters take on the ownership of a Puli.Many of this breed are employed as police dogs. 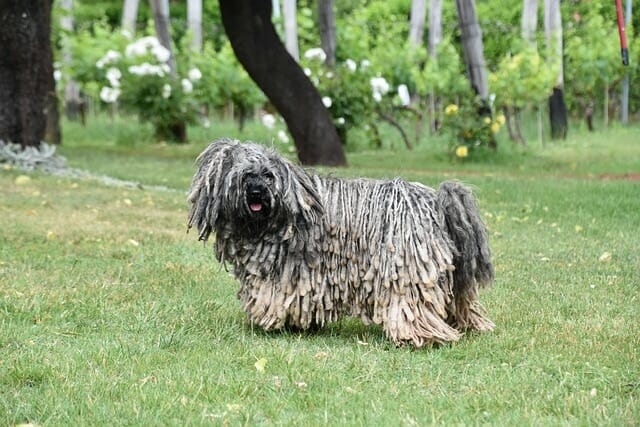 This “warrior” originated in the mountainous areas of north Japan in the 17 century.Up until the 1800’s they served as companions for the samurai warriors and were trained as hunters of wild boar,elk and bears.

They are a large breed of dog,standing up to 27 inches and weighing up to 90 pounds.They are a independent,powerful and dominant breed of dog.Aloof by nature but fun and affectionate with their master and family.

They were used as scouts and guard dogs for the japanese army during world war II.There are two breeds, the traditional Japanese and the more recent American breed,originating in the 1940’s.

As they have been used as fighting dogs,and are of a dominant nature,caution should be shown,allowing them around strangers or other dogs.Early training as young as seven weeks is highly advised,to avoid a dominant temperament. 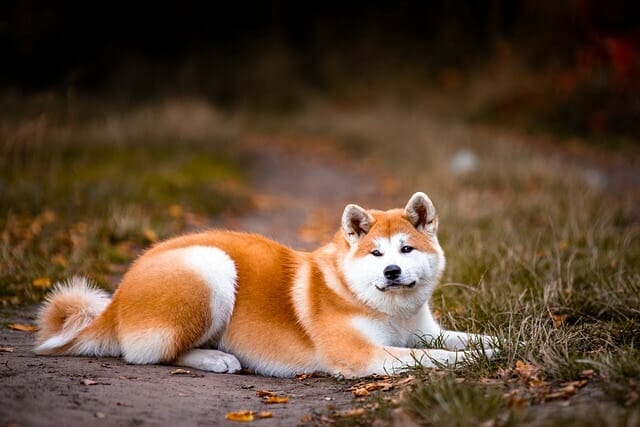 The Rhodesian Ridgeback was first bred in the city of Bulawayo, Zimbabwe (formerly known as Rhodesia,South Africa) in 1922.It’s origins can be traced back to the 17th century,prior to being interbred with european breeds.

Standing up to 31 inches high and weighing up to 110 pounds,this is certainly a formidable foe.The dog’s distinguishing feature is the ridge of hair on it’s back,running in the opposite direction to the rest of it’s coat.

They possess similar characteristics to all guard dog breeds,intelligent and loyal to their owner and family,but somewhat aloof and wary of strangers.They are confident and strong willed,and will attack if their family is threatened.

Due to these traits,they make excellent guard and protection dogs.They are not recommended for inexperienced dog owners,as their imposing prescence may overwhelm the inexperienced. 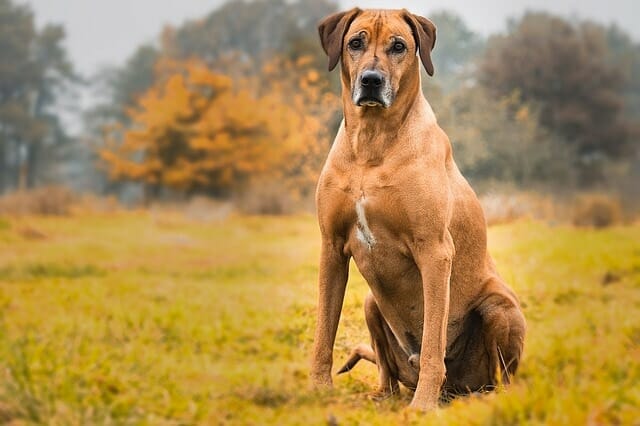 German breeders created the Rottweiler in the early 20th century as a herding dog. Additionally, they were employed to transport carts filled with recently killed meat to markets. Consequently, they were known as the Rottweiler Metzgerhund by the Germans (butcher dogs).

This dog, which is categorised as medium to large in size and may reach a height of 27 inches and a weight of 130 pounds, is strong and constructed for work.

The popularity of Rottweilers increased when they were used as guard and courier dogs during World Wars I and II.

They are an energetic worker who is obedient and faithful to their owner.

They are a strong breed with ingrained guarding tendencies. 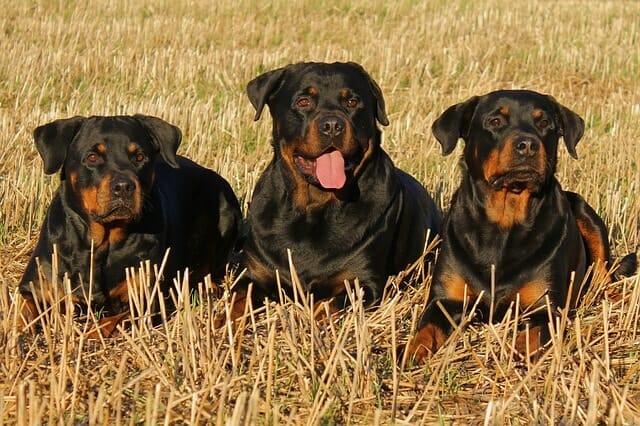 Tax collectors are not the most popular people.In 1890,German tax collector Karl Friedrich Louis Doberman,decided to breed a guard dog that possessed all the traits to protect him while he went about his business,collecting taxes.

Mr Doberman,named this dog after himself..the Doberman Pinscher (the word pinscher,meaning to nip or bite).The dog was engineered to be a guard dog unmatched in fearlessness, intelligence, toughness, vigilance and athleticism.

Loyal and fiercely protective of their owners.They have been known as attack dogs (attack on a command word),this however is purely down to aggressive owners.Their sole purpose is to protect and serve their owners.

They have been used as police dogs,along with being a personal defense dog.They are fearless and obedient,and definately one of the top 10 best guard dog breed candidates. 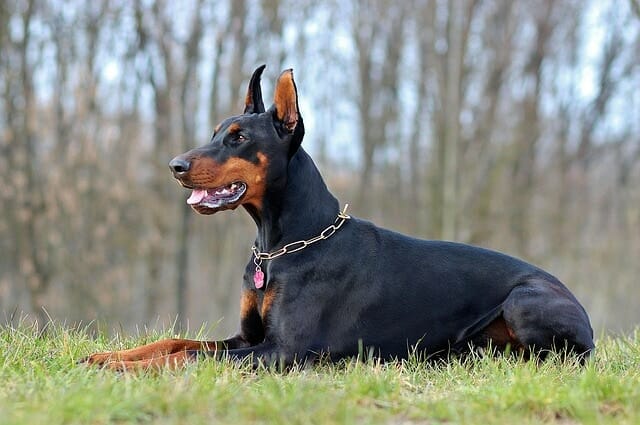 The Bullmastiff was originally developed in the 19th century by English groundskeepers to guard sprawling country estates and to ward off poachers.They stand up to 27 inches high and weigh up to 130 pounds.

This breed was crossbred between the large, powerful, non-aggressive English Mastiff with the now extinct muscular, tough, and aggressive Old English Bulldog. This combination resulted in a dog that was large, fast, and fearless enough to apprehend and pin down intruders until the police arrived, without mauling them.

The Bullmastiff are a strong,powerful and sensitive dog.They make affectionate and loyal pets, but due to their massive size they are best suited to families with older children. 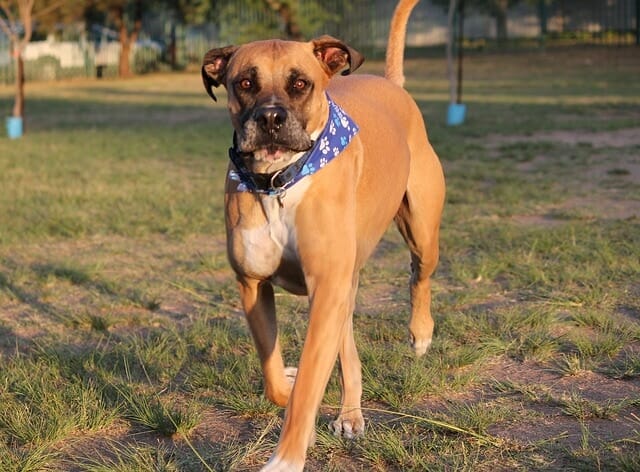 This Belgium Shepherd Dog was originally bred for herding and has a uncanny resemblance to the German Shepherd.This breed is full of energy,and they require room to exercise,to burn off this excess energy.

They were bred to work.Being highly intelligent and alert and due to their protective instincts,may be seen as aggressive, if not socialized and trained from a early age.They can stand up to 26 inches high and weigh up to 80 pounds.

They are loyal and affectionate to their family and reserved towards strangers.They prefer cool climates and like to be included in family activities.Malinois are a sensitive breed and are highly trainable,by a firm owner.

They have been used by the military,police and by drug detection agencies.They have been also involved in search and rescue operations. 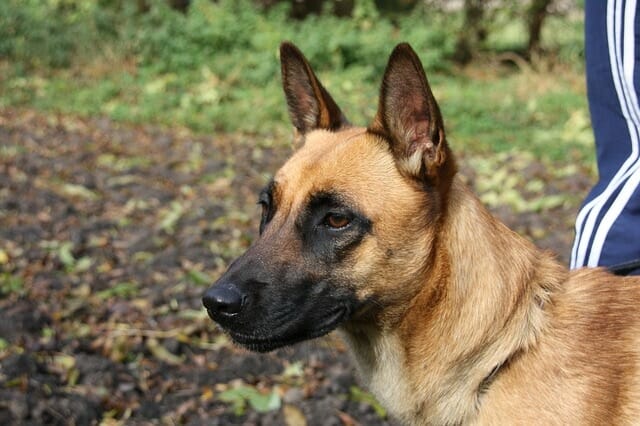 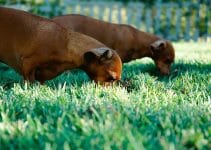 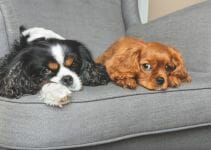 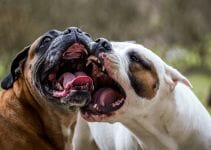