Home
Dog Health
Why Is My Dog Snoring
0 shares

Snoring can interfere with sleep, as anyone who lives with a snorer is aware. Dog snoring can disturb your sleep just as much as human snoring can, but it can also be an indication that your dog isn’t feeling well. 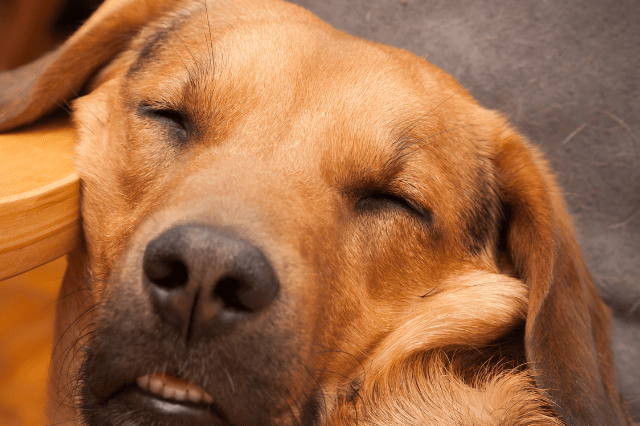 How Come My Dog Snores?

When the airways in the nose, mouth, and throat are partially blocked, snoring results. The throat’s tissues shake as a result of air vibration, producing the distinctive snoring sound. As muscles that keep these tissues out of the way relax as you sleep, they are more prone to flop into the airway.

Dogs who snore typically have aberrant anatomy or swelling in their mouths or throats, though occasionally their snoring may merely be due to resting in an odd position. 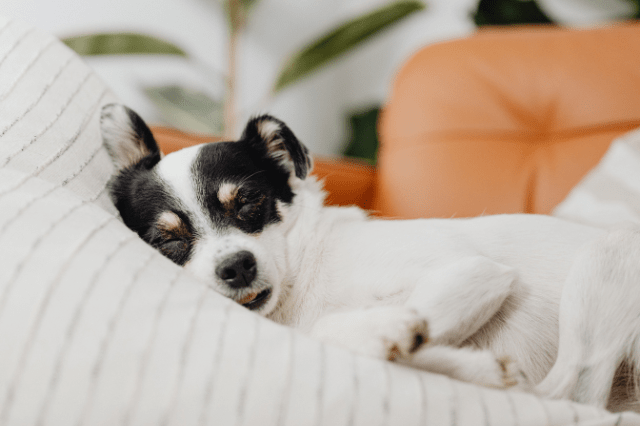 Does a dog normally snore?

According to one study, 58% of dog owners believed their pets were normal even when they had breathing issues like snoring. Snoring in dogs is rather normal, but it shouldn’t be disregarded because it frequently indicates an underlying issue. Even if the underlying issue may not necessarily be serious, it is best to get dog snoring looked into in case it is an indication of something more serious.

Snoring is highly prevalent in some breeds. Breeds that are brachycephalic, or “short-snouted,” such as Pugs and French Bulldogs frequently snore continuously. Because of this, a great deal of tissue protrudes into the airway from their mouth and throat due to their short skull’s inability to readily retain all of these tissues. Brachycephalic Obstructive Airway Syndrome is what this is known as (BOAS).

According to the same study, 93 percent of dogs with BOAS snored, with more than half snoring “nearly continually.” Even while many would argue that these dogs’ snuffling and snorting noises are “typical for the breed,” they should nonetheless be looked into. 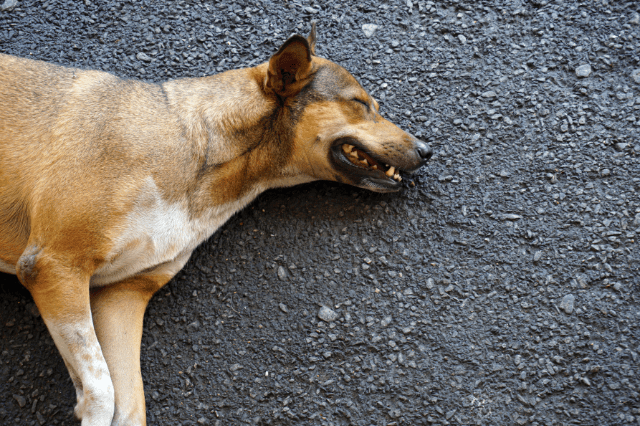 What Causes Dogs to Snore So Loudly?

Do you believe your dog’s snores are the loudest you’ve ever heard? Two factors determine how loud a dog snores:

#1 The rate at which they are breathing in air

#2 The volume of the obstruction-causing tissue

However, this isn’t always the case; small dogs with severely clogged airways can snore just as loudly as larger dogs.Although it is usual for dogs to snore loudly relative to their size and harsher snores are more common in dogs with narrower airways, a loud snore is more alarming than a quiet one.

What Leads Dogs to Snore?

You have every right to be alarmed if you’ve heard your dog snoring. There is always a reason for something, some of which are more significant than others. Let’s examine the typical reasons why dogs snore:

Positional snoring only occurs while your dog is in a specific posture, such as on their back, and is one of the milder reasons of snoring in dogs. They snore because their tongue or soft tissues flap over their airway.

This is probably the reason why your dog only ever snores when it is sound asleep and in an unusual position. Fortunately, if your dog doesn’t have sleep apnea, positional snoring is not a problem.

Normal breathing pauses while you’re asleep, which causes sleep apnea. Animals that are affected will abruptly wake up after stopping breathing for many seconds, frequently with a snort. Fortunately, canine sleep apnea is uncommon.

Short-snouted dogs are susceptible to a disorder known as Brachycephalic Obstructive Airway Syndrome (BOAS), as was previously described. Dogs that have undergone repeated snout-shortening breeding have normal-length soft palates but smaller nostrils and shorter skulls.

These breeds frequently snore, snort, and snuffle because the soft palate hangs into the throat. A lifetime of breathing through this partial obstruction can modify or enlarge other throat tissues, narrowing the airway even further.

If your pet is one of the following breeds, BOAS is more likely to be the source of snoring: 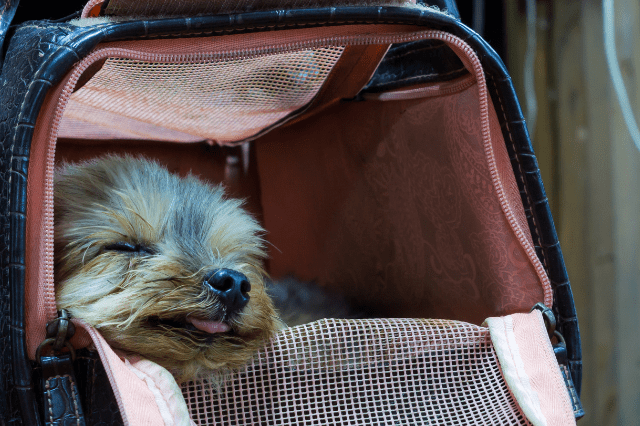 Another reason people snore is obesity, which can lead to tissues in the throat and mouth protruding into the airways and obstructing airflow. Dog snoring can be exacerbated by obesity in addition to other factors.

If an allergy causes the nasal passages to become irritated, your dog may begin snoring. Snoring may be present together with other symptoms in dogs, though it is unlikely to be the sole one. These include ear infections, sneezing, itchiness, and licking the feet.

Any ailment of the airways, such kennel cough, might irritate the throat, which will result in snoring. You may also notice coughing or sneezing in addition to snoring as a symptom of the illness.

When Should I Be Concerned If My Dog Snores?

Prior to attempting dog snoring cures at home, it is usually wise to discuss your dog’s snoring with your veterinarian. You should schedule a checkup for next week if your dog starts snoring out of the blue and it isn’t related to just one sleeping position. If your dog has started snoring while awake, you should schedule an appointment even sooner.

You should schedule a visit with your veterinarian soon to get them checked for BOAS if your snoring dog is a brachycephalic breed. The assessment is worthwhile since there are certain things that can be done to aid dogs with BOAS.

Your elderly dog also needs to be examined if they have started snoring. Snoring isn’t just brought on by old age, therefore you should look into other potential causes.

You don’t need to take your dog to the doctor right away if they just occasionally snore or only at certain periods of the year. Just wait until their next regular checkup. Moving the appointment up is advised if you see them getting worse. The following are indicators that your dog requires an immediate visit to the vet:

#1 When sleeping, rapid breathing (more than 40 breaths per minute) or persistent panting is common.

#3 Lips or tongue with a blue tint

#4 Coughing or collapsing together with snoring 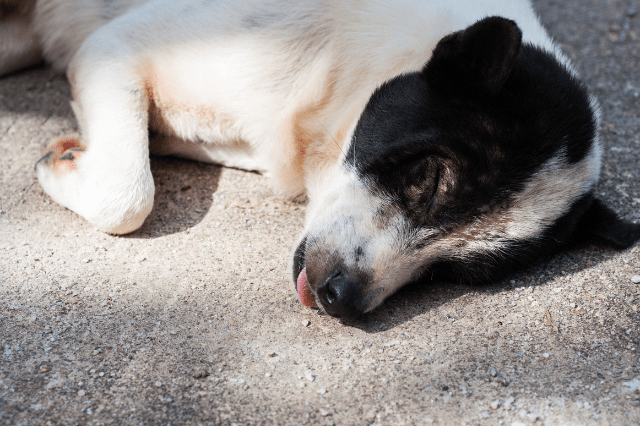 What Can I Do to Prevent My Dog From Snoring?

If the snoring of your dog keeps you up at night, you may be looking for some dog snoring cures. You should first speak with your veterinarian, who may recommend surgery, a particular diet, or drugs as necessary.

You might want to try changing your dog’s bed at home. Make a note of the sleeping positions that make your dog snore, and then look for a bed that avoids certain positions. For your dog to rest their head on, you might prefer a dog bed with raised sides. Although a humidifier won’t stop your dog from snoring, it might make it a little quieter, according to some individuals. 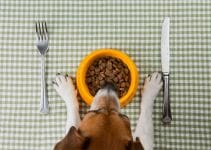 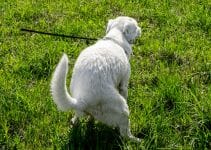 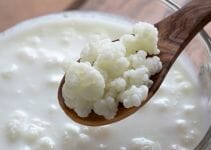