If you are away from home often due to work or social commitments,and looking for dogs that can be left alone.Well here is a selection of 10 dog breeds that will not tear your house to bits and violate excessive neighborhood noise levels.

The length of time a dog can accept being alone can be determined by the breed’s history. The Lhasa Apso is a breed that was developed to guard Tibetan temples and monasteries.

This breed was developed to be guarding and independent, making it a breed that can be trusted to be left alone. Lhasa apsos are courageous dogs with petite statures who need little exercise to keep healthy.

They are a fantastic choice for owners who must be away from their homes for extended periods of time because of these features. 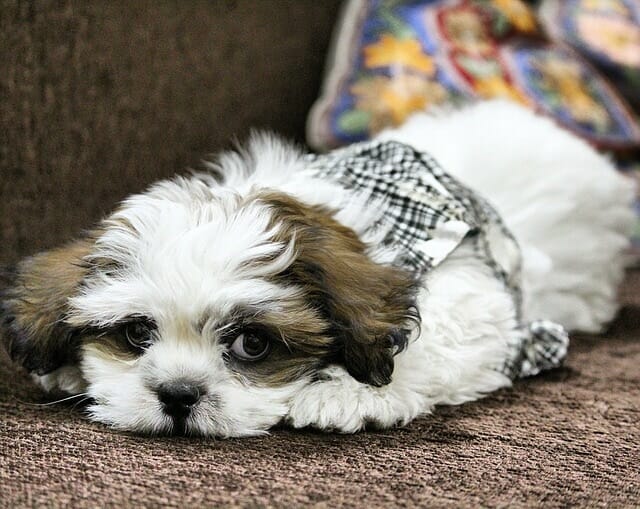 Greyhounds don’t form the kind of attachment to humans that would make parting from them difficult.

Does this mean they don’t care about their owners? Not at all. When they’re young, they simply find it more comfortable to unwind by themselves and take naps for the most of the day. They need a regular, lengthy leashed walk, although as they become older, they don’t require as much exercise. Despite being big canines, mature adult greyhounds no longer need to run every day. 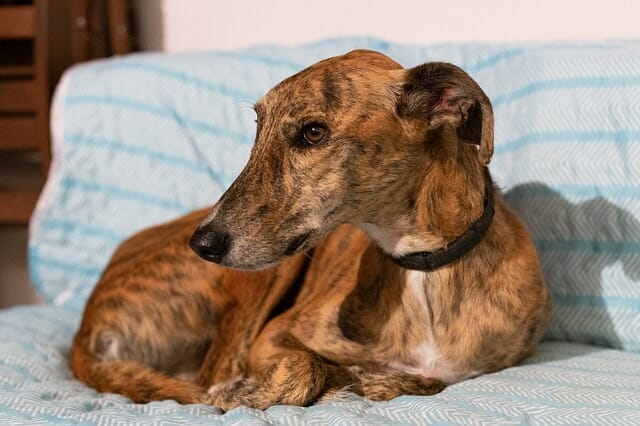 Cute, fluffy and adorable maltese pups are sweet companions and while they definitely have energy and will happily run around your home, they don’t need as much exercise as other breeds, and these dogs can be counted on,to be left alone.

They have sensitive hearing and will often bark to alert their owner if they hear a unfamiliar sound, but it’s, usually not for attention. 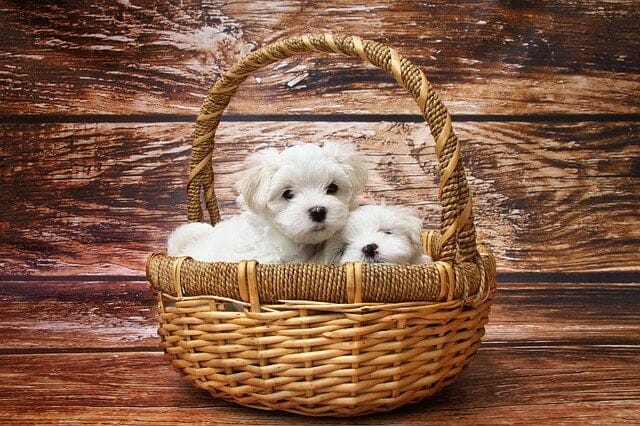 The Basset Hound is your top choice if you enjoy the adorable sad face, the large floppy ears, and of course, the small stumpy legs.

They are equally comfortable living in the city, on a farm, or in the suburbs. They are calm, laid-back, and inactive because they are known for taking long naps every day. A basset hound can be a breed of dog that you can leave home alone with if you work long hours. 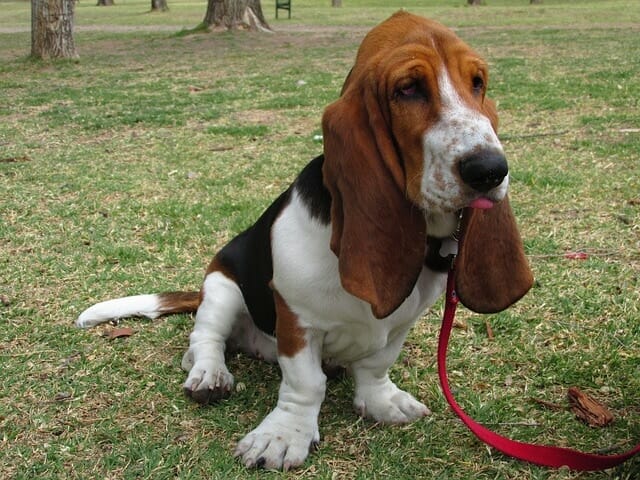 The poodle breed has particular nutritional needs and demands intensive grooming. They are a breed with considerable character and are quite intelligent. One of their strongest traits is their peaceful demeanour, which enables them to spend a lot of time by themselves.

They are really active when playing and will dash after balls and roughhouse. 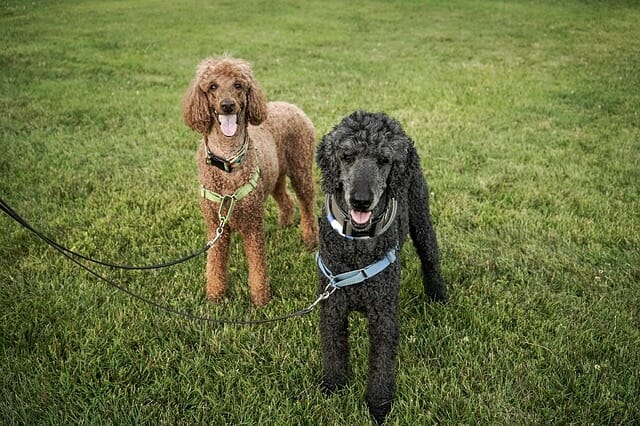 The medium-sized, naturally faithful shiba inu is one of the most popular dog breeds in Japan.

These dogs are wonderful friends, yet they are not thought of as a dependent breed. They have a reputation for not being particularly affectionate, but this is tempered by the fact that they enjoy being by themselves, even if they adapt well to many houses, whether there are kids present or not.

Training them could be a little trickier than with other breeds because of their propensity for stubbornness. 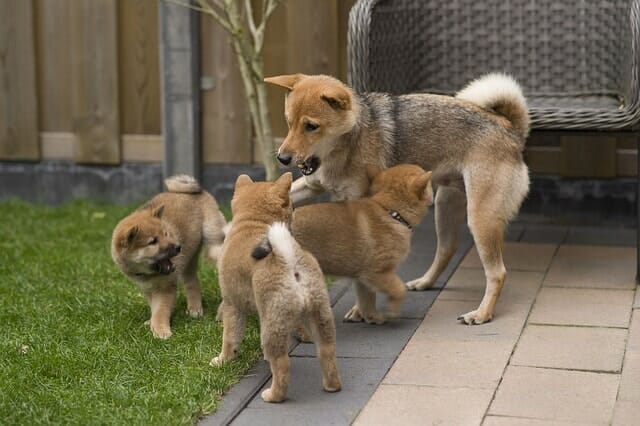 One of the sweetest and prettiest pets ever. Compared to other spaniels, it is one of the greatest dogs for apartment living. Less active and less vocal, cavalier king charles spaniels need less exercise.

Making sure they get walks and gentle loving care is essential to keeping them content. Apart from being a lap dog, this breed has a lot to offer when you’re at home. Just take a look at their freckled features and droopy ears. 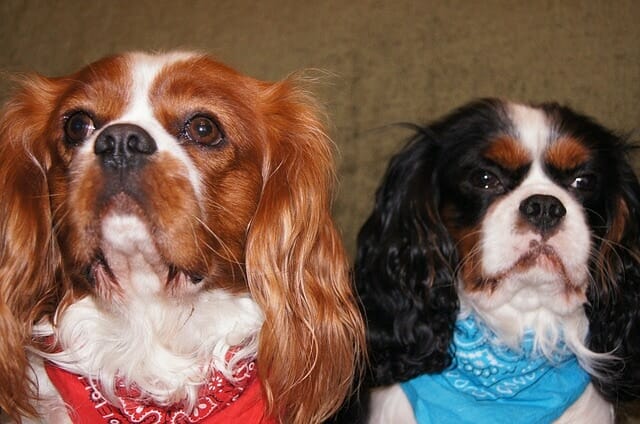 Your Japanese Chin will most likely be spotted cuddling and snoozing for hours on end on his own when you aren’t snuggled up at home with him. Although these dogs are renowned for occupying themselves without becoming anxious, they could mindlessly munch if they are bored.

They will require food and water to be readily available to them throughout the day if they are left alone for an extended amount of time. 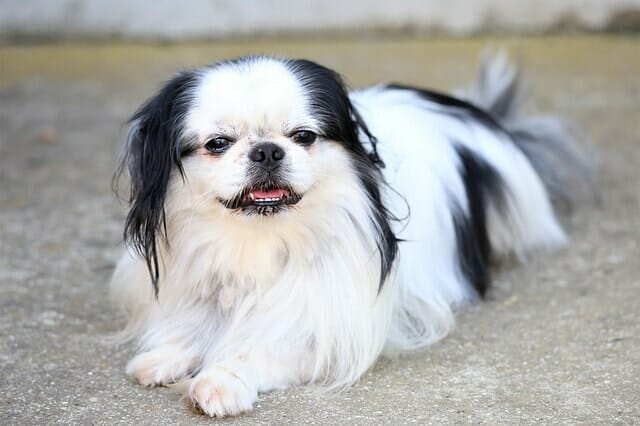 If you can’t get enough of these scrunchy faced cuties, pugs are generally adaptable and can accept a consistent routine of you coming and going.

It is suggested, starting with small alone time sessions during puppyhood, to get them used to your schedule, but being dogs that can be left alone is just one of the pug’s selling points. This lovable small dog does not require vigorous daily exercise, and although a good watchdog, they tend to bark less than others their size. 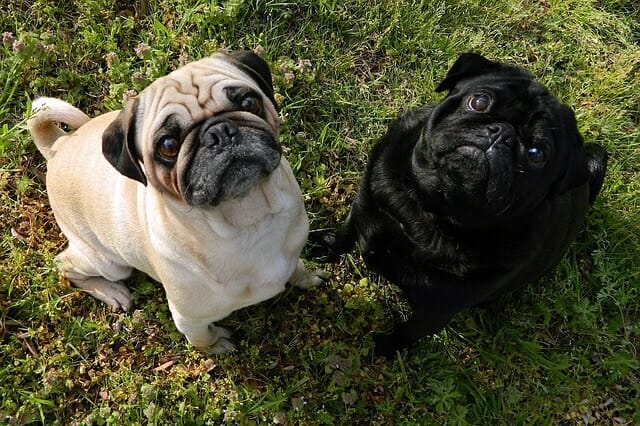 Bernese Mountain Dogs are not only one of the most beautiful and friendly giant breeds out there,they’re also surprisingly calm and contrary to what their enormous size may showcase.They don’t require as much activity as other dogs.

They’re highly intelligent, and for this reason they tend to be very easy to train and get into a routine.Being an oversized breed,if you live in a large home with lots of space and with a big yard,they can hold their elimination for long periods of time. 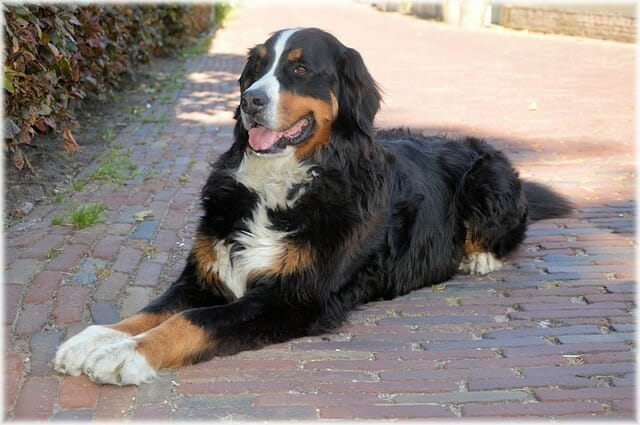 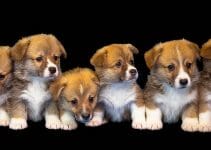 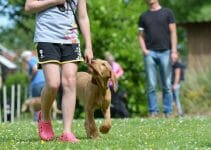 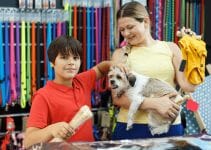