Training a new puppy isn’t exactly a stroll in the park. If you want a dog who is entirely housebroken, doesn’t jump on visitors, and waits patiently for his meals, you’ll have a lot of work ahead of you.So here is a list of the 15 hardest dogs to train.

Fortunately, certain dog breeds are rather easy to train. However, depending on the breed you desire, you may not have the same luck. You can end up with a dog that breeders, trainers, and dedicated owners all agree is difficult to teach.

In the list below, you’ll find some of the most difficult dog breeds to train. Of course, these dogs are kind and compassionate. They will not be the quickest learners if you try to train them to sit or heel. 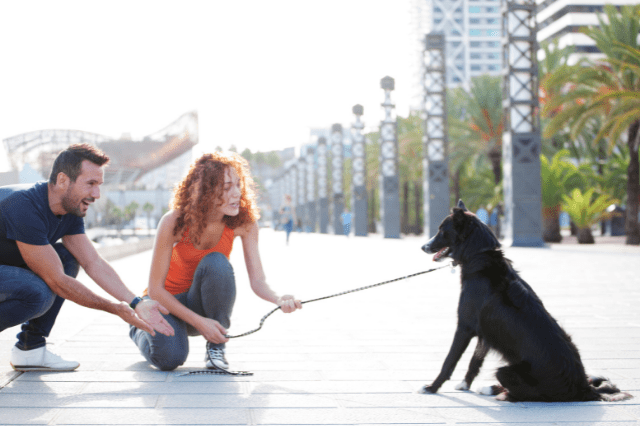 The Afghan hound is one of the most hardest dogs to train.

Although the Afghan hound is a devoted and affectionate dog, it is tough to teach. According to the American Kennel Club, you’ll have to cope with “the challenge of teaching an independent hound.”

According to VetStreet, the breed is “aloof” and “independent thinker.” Due of these attributes, training can be difficult.

However, according to the article, these dogs can be “trained using positive reinforcement strategies, particularly food rewards.” Which option do you think is the best? Start training him now, while he is still a learning (and still small). 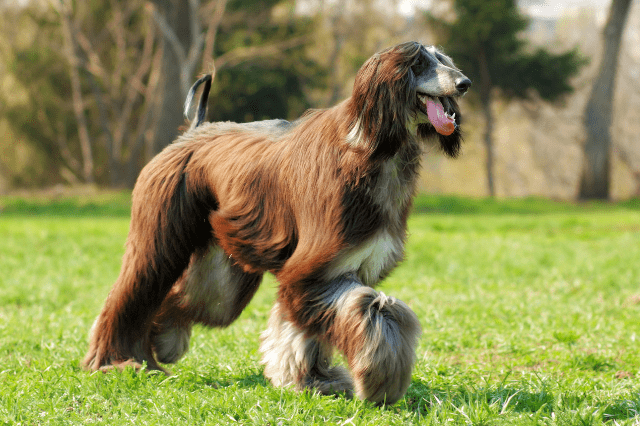 The basenji has a “mile-wide stubborn streak,” according to DogTime, and “a basenji may know pretty well all the orders you teach him, but whether he actually fulfils them will always be in doubt.” “These dogs use their brains to get your attention and persuade you to give them anything they want or need,” the author writes. 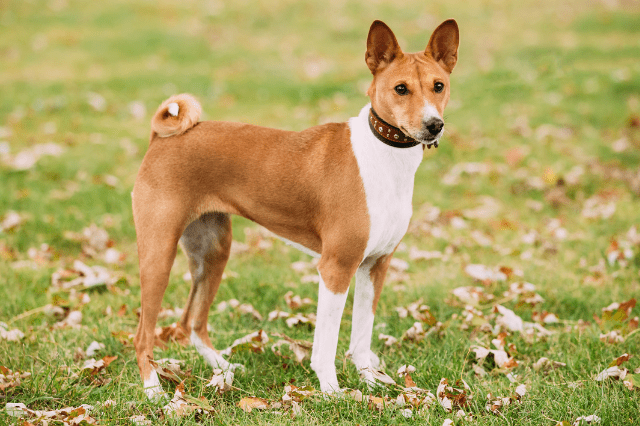 The basset hound is a relaxed dog breed that can be difficult to train.

The stubbornness of the basset hound is well-known. This will make training challenging, particularly if you are a new dog owner. “A little stubborn,” according to the American Kennel Club. People who have had one of these dogs are more likely to use harsher words.

According to PetCareRX, housebreaking a basset hound can be quite difficult. “When teaching a Basset,” DogTime says, “patience is unquestionably a virtue.” “Many Basset Hounds will heed commands if food is provided,” the article says, “but will not obey if you do not have a tasty inducement to offer them.” 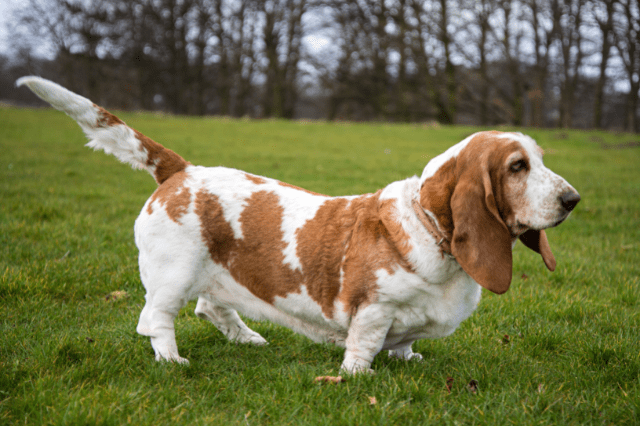 Most people adore beagles once they’ve gotten through the challenges of training them. “Beagles will make you laugh, but they are difficult to train,” according to the AKC.

They have a sassy side and can be difficult for even the most seasoned dog owners to handle. Beagles are only momentarily subservient due to their independent character, which is common among hounds.” 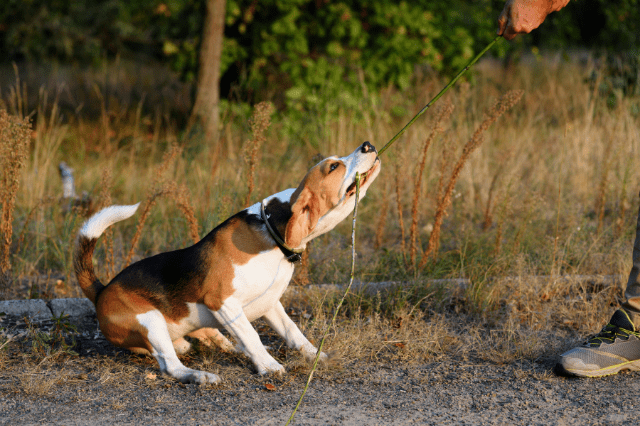 Bloodhound puppies have a reputation for being difficult to train.

Bloodhounds are a breed of dog that is known for its friendliness. Early and consistent training is crucial when dealing with a dog as large — and stubborn — as a bloodhound, according to the AKC.

Trailing, tracking, obedience, and agility can all be taught to a bloodhound. According to the University of Illinois, this dog breed “isn’t exactly a standout in the obedience ring.” They aren’t stupid; they’re simply highly self-sufficient.

They’re simply not interested in demonstrating the owner-pleasing behaviours required for formal obedience.” 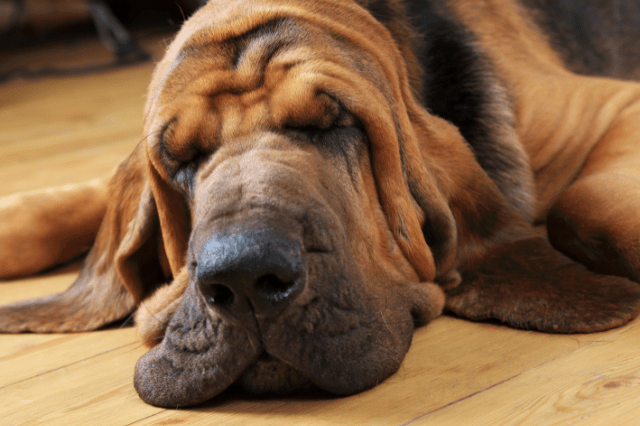 The bulldog is beautiful, but he is stubborn and difficult to train.

The ferocity of bulldogs is well-known. As a result, training could become a nightmare. You must clearly express to your dog that you are the boss and that he must heed your directions, according to Petful.

You should begin teaching your bulldog as soon as you bring him home from the shelter or breeder. You must also be firm and consistent if you want your bulldog to learn important commands.

According to The Nest, the breed can’t withstand long training sessions, so keep it short and sweet. 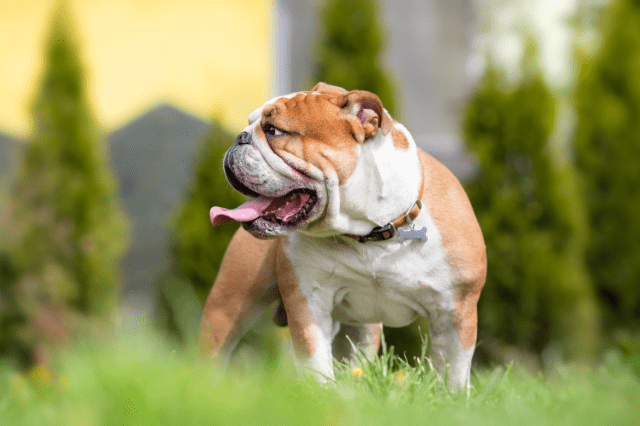 The chow chow is regarded as one of the most hardest dogs to train.

Despite the fact that the chow chow resembles a giant teddy bear, you may be too exhausted to snuggle him straight after a training session. According to the AKC, these dogs have “cat-like attitudes,” making them “independent, stubborn, and less likely to please than other breeds.”

These obstinate dogs require early socialisation and training, as well as a companion who is equally obstinate. 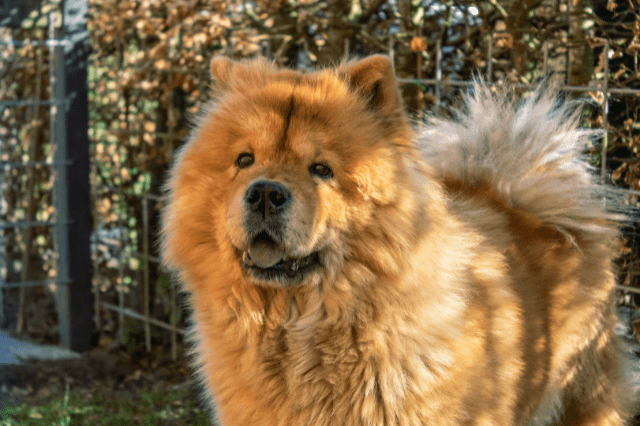 Dalmatians are known for being friendly dogs. They are normally agreeable unless you ask them to do something they don’t want to do. Obscurity is a frequent behaviour trait among Dalmatian dogs, according to Dalmatian Advice.

Dalmatians are capable of being both manipulative and stubborn. Because of these characteristics, they are more difficult to teach than most other breeds. They may acquire undesired behaviours such as snarling, biting, jumping, or snapping if they do not receive consistent instruction and guidance. 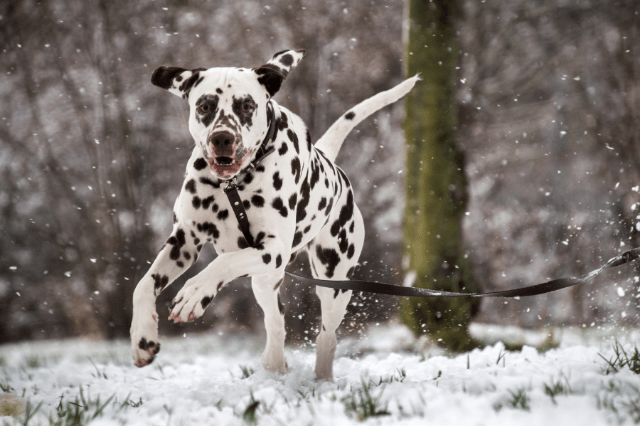 “The fox terrier will undoubtedly heed your direction to’lay down’ anytime it is tired, which is one of his two moods,” according to The New York Times. “The other is on fire.” 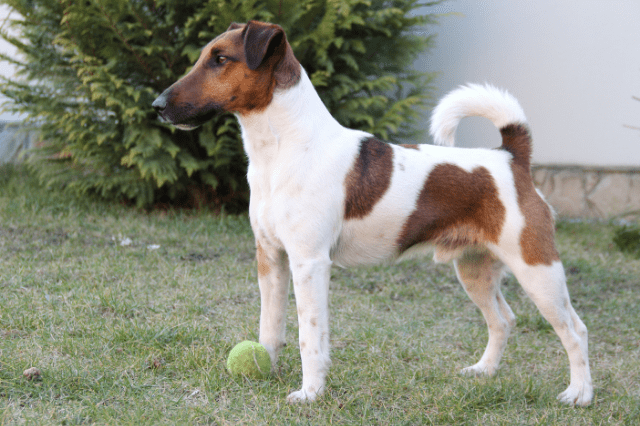 “The Irish Setter is a slow maturing dog, both mentally and physically,” according to the Irish Setter Club of America. For a long time it was a puppy “An Irish setter’s beautiful puppy face will last longer than other breeds’.

He will, however, most likely devote more time to training. 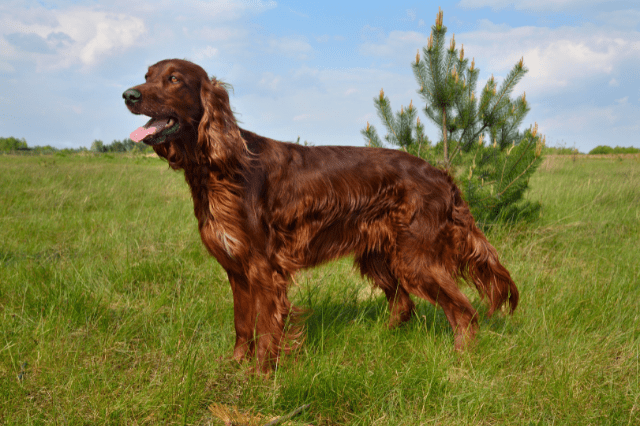 The Kerry blue terrier is an Irish dog breed that originated in Kerry. It is known for only obeying when it feels like it. “The Kerry is extremely bright and requires training,” according to the Kerry Blue Terrier Foundation.

“As a result, it is not a great choice for a wishy-washy, unduly indulgent, or submissive owner,” the foundation says. 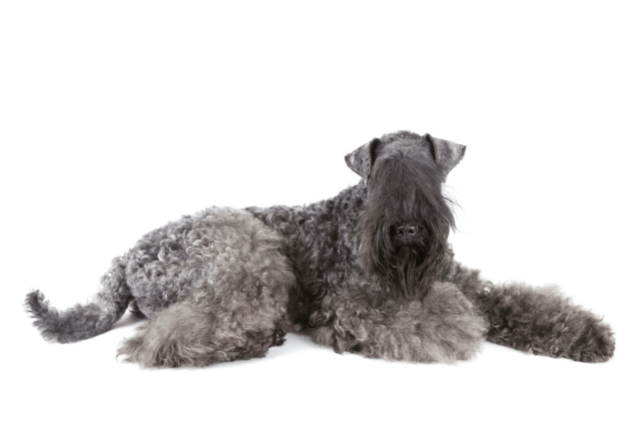 Although the mastiff has a pleasant demeanour, the American Kennel Club (AKC) states that these dogs “respond well to moderate education,” implying that they have obedience issues. According to the Mastiff Club of America, you must make training fun for these dogs.

Mastiffs are simpler to train while they’re young, according to the organisation, and obedience and socialisation are especially vital for these puppies. 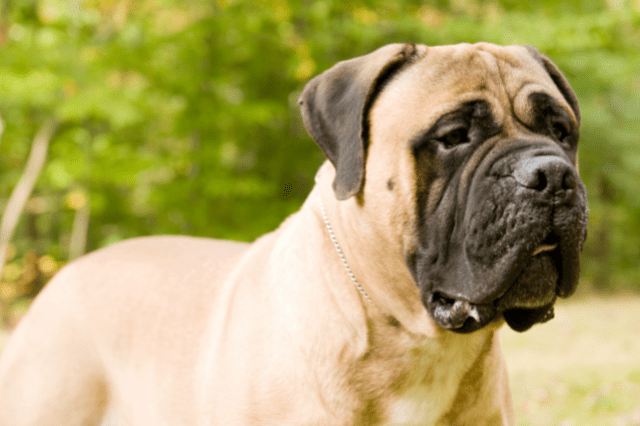 Housebreaking a Pekingese, despite their intellect and boldness, can be tough. Because the breed is known for its tenacity, training a new puppy can be difficult.

“Training should begin as soon as possible with the Pekingese puppy and continue as the puppy matures into adulthood,” according to the American Kennel Club.

The tenacity of the Pekingese breed is recognised by the Pekingese Club. Because the Peke is a slower learner than other breeds, training will be difficult and time-consuming. 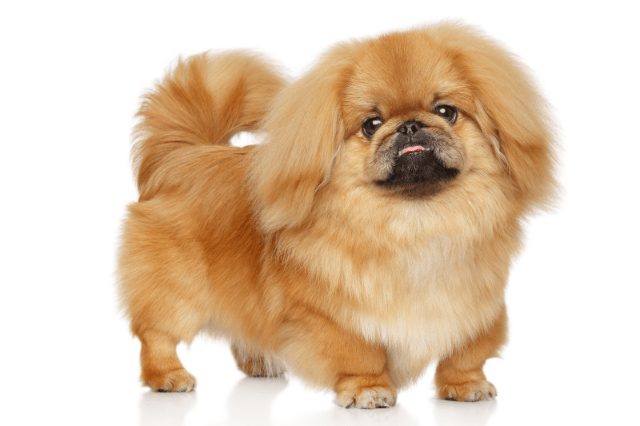 According to the American Kennel Club, pugs like pleasing their owners. However, just because a dog is of this breed does not indicate that training it would be simple. Most pugs “will be devils as a puppy,” according to the Pugalug Pug Rescue.

Worst of all, the author predicts that “these cute little puppies will not be house-trained in a month, two months, or even six months.” Some people pick things up quickly, but the majority need a year or more to master, and even then, they may not be completely trustworthy.

On the other hand, the majority of pugs will refuse to leave the house.”

When it’s cold or raining outside, many people choose to stay inside. Furthermore, when someone has a “accident” on your floor, few people show remorse. 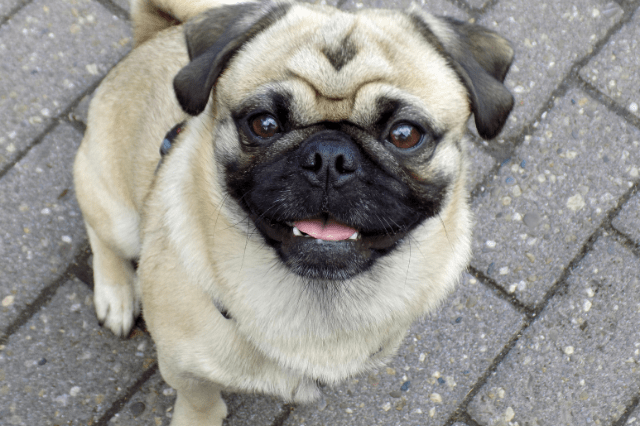 The Weimaraner is a German dog breed that emerged in the 1800s.

According to the American Kennel Club, the Weimaraner has a difficult mix of qualities: tremendous energy and intelligence. “Weimaraners require a lot of exercise and quality time with their humans,” the author says.

These strong-willed pets require owners who are confident in their ability to guide them. These owners should be informed that throughout the first two to four years of their dog’s life, a Weimaraner may act like a puppy.

As a result, you may anticipate to devote a significant amount of effort to training and socialising one of these dogs. 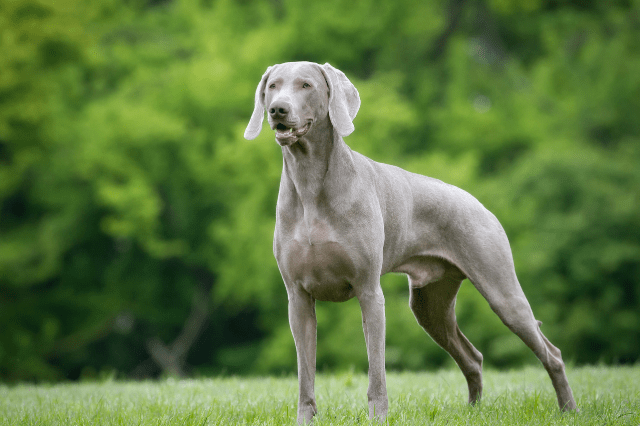 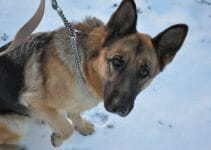 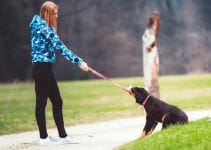 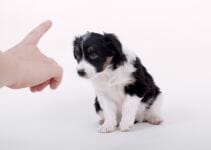