If you have a dog, you are probably accustomed to having its chilly, wet nose nuzzle yours, as it welcomes you each time you enter the house. You might also be used to the sensation of a stranger’s dog sniffing your palm with its damp nose. Any dog lover may consider the feeling of a wet nose to be natural, but have you ever wondered why do dogs have wet noses?

Although the reason a dog’s snout being wet may seem obvious, there are some interesting explanations for this. Dogs have wet noses for a variety of reasons, including the fact that it improves their sense of smell. Additionally, a dog’s damp nose helps your pup keep a healthy body temperature.

Why are dogs’ noses damp, you ask? In the sections below, we’ll examine the five causes of your dog’s wet nose as well as the difference between a wet and dry dog nose. 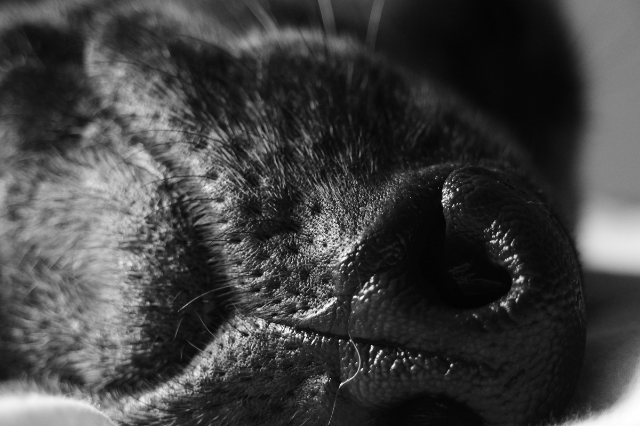 The fact that a dog’s snout is not totally dry has a variety of intriguing explanations. When your dog traces a scent or needs to cool off, for example, a wet nose makes life easier for him. Here, we’ve compiled a list of the top five explanations for why dogs’ noses are moist.

Due to the mucus they produce

The mucus that is secreted is one of the main causes of the dampness in your dog’s nose. Even though it could sound disgusting, this truly contains some incredible advantages that are essential for your dog.

This secretion is mostly caused by the fact that it enables canines to detect specific odours. A dog’s sense of smell is 10,000 to 100,000 times more acute than a human’s, as you may already be aware. Why? Dogs are able to absorb scent molecules and hence have a higher sense of smell because of the thin layer of mucus on their noses. 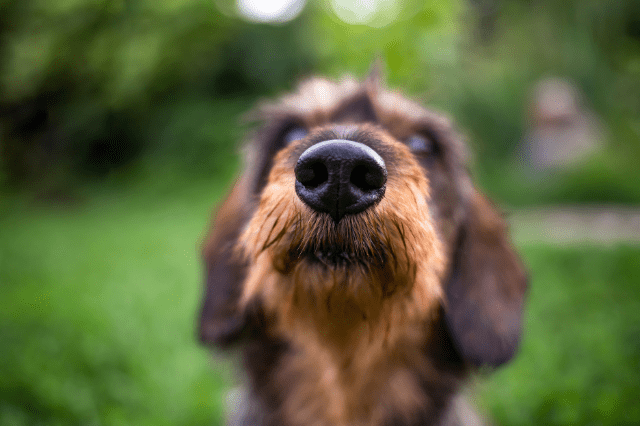 Since dogs frequently lick them

Has your dog ever licked his nose? If so, you’ve seen another another explanation for a dog’s runny nose. You might be wondering “Why do dogs lick noses?” even if it is evident that doing so makes the canines’ snouts wet.

There are a few causes for this behaviour, though. First off, a dog’s snout can easily become dirty, especially if it is digging in the yard or gorging on food. Dogs lick their noses to keep their snouts clean.

Dogs lick their noses for a second reason—the aforementioned mucous. Your dog’s nose picks up aroma compounds as he sniffs various scents. In order for the olfactory glands on the roof of his mouth to sample these compounds and improve your dog’s ability to smell, a dog will lick them off. Cesar Milan’s response to a reader’s query on dogs and licking provides more information.) Because it allows the nose to cool

As you are probably already aware, unlike humans, dogs do not have sweat glands all over their bodies. Dogs must pant to cool down because of this. Dogs do have sweat glands, though, and they may be found in two places: their paws and their noses.

How then does a dog relax? In warm weather, a dog’s moist nose helps the body keep its regular temperature, averting significant health problems. Similar to humans, dogs sweat to keep themselves from overheating and to keep their foot pads from getting too dry.

Dogs’ noses have a tendency to pick up moisture

If you’ve ever seen your dog explore the outdoors while sniffing, you know that it’s a “all-in” procedure because the nose is frequently pushed right into grass, leaves, dirt, and other material.

Dogs’ noses frequently soak up moisture from the environment while doing this, making them chilly and wet.

Because of the way they were raised

Every dog is different and individual, thus due to heredity and other causes, some dog breeds have colder, wetter noses than others. Additionally, some dog breeds may lick their noses more easily, which leads to damp snouts.

Similar to humans, some dogs have dryer noses by nature. As long as your dog doesn’t exhibit any other symptoms of disease, this is really nothing to worry about. 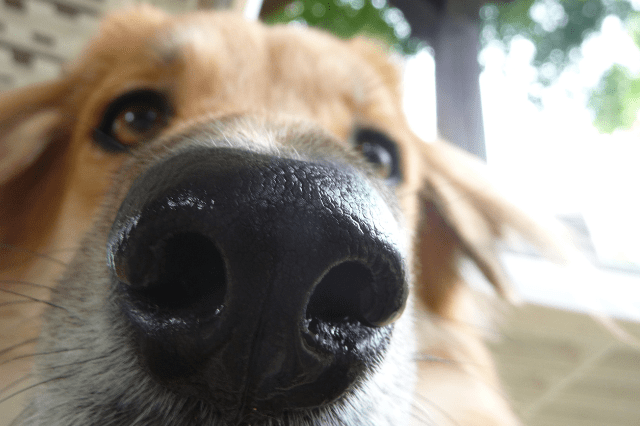 It’s time to dispel a myth about a wet vs. dry dog nose now that we’ve clarified why dogs’ noses are wet. You’ve probably heard the stories about how a hot, dry nose indicates a sick dog. In fact, thanks to this tiny bit of learned information, you might have even spent some time in the vet’s office.

It is a fallacy that healthy dogs cannot have dry snouts, even if in some situations a dry nose might be a sign of sickness.

Veterinarians have reasoned that your dog’s nose moisture level has little bearing on whether she is ill. Some dog breeds have inherently wetter noses than others, whereas others have dryer noses as a result of difficulty in reaching the nose.

Therefore, the belief that a dog’s dry nose indicates disease is only an urban legend. 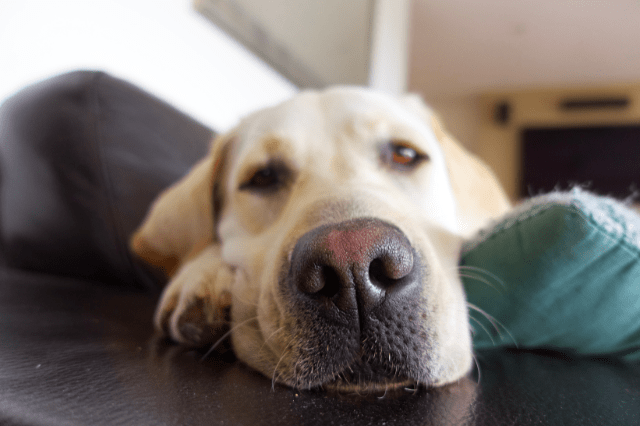 Temperature and moisture levels in the dog’s nose fluctuate

You may have observed that your dog’s nose changes in wetness throughout the day in addition to some dog breeds having wetter noses than others. This is due to the fact that on an average day, the temperature and moisture content of your dog’s nose probably vary quite a little.

The nose of your dog may therefore be moist in the morning, dry in the middle of the day, and slimy once more in the evening. It’s vital to remember that dogs can get sick even with cold, wet noses.

You should pay attention to the type of discharge coming from your dog’s nose rather than focusing on the moisture content. Dog mucus that unexpectedly thickens or turns crusty may indicate a medical problem. 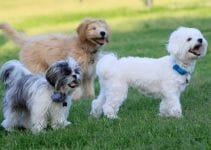 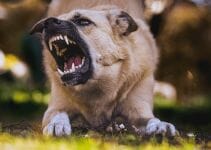 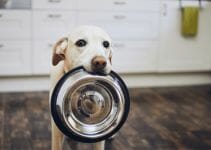